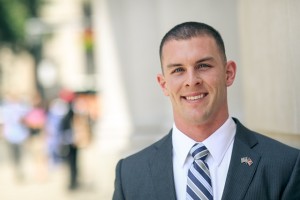 The first time I met my 16-year-old client, he was in lock-up and crying.

I was assigned the case in the Juvenile Defenders Clinic, which I joined my third year at Suffolk Law School.

On my first duty day at the Boston Juvenile Court, I was very unsure what to expect. I felt ready. We had observed in court, practiced bail arguments in class, and discussed interacting with juveniles as part of my clinic preparation.

I then got the police report, which told me what my client was being charged with. He was 16, charged with receiving stolen property. I met him in a jail cell inside the courthouse. He was crying. He only spoke Spanish, so we needed an interpreter to communicate.  He had no family here because both his parents had been deported five years earlier.

We finally were called up in front of the judge. I made my argument and he was released to the care and custody of Department of Child and Family Services. This is exactly what I asked for and was a victory because it kept my client out of Department of Youth Services, a place he was strongly opposed to going to.

Throughout my three years of law school, we have talked at lengths about advocating for a client. This was my chance to advocate for my 16-year-old client. It was not just a hypothetical problem that I was answering on a final exam; it was a real client, in a real courtroom, with someone’s liberty at stake. And it was great.

Nicholas M. Hasenfus, JD’15, is an Associate at Holland & Knight in Boston and a military veteran. While at Suffolk Law, he taught and coached Boston high school students in Suffolk Law’s Marshall Brennan Constitutional Law Program.