Student Voices: ‘It Depends’ is Your Best Friend as a First Year Law Student 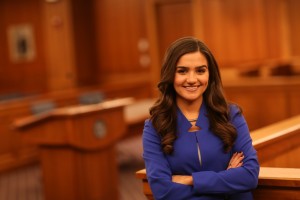 “It depends,” said my Civil Procedure professor last fall, “there are arguments to both sides.” I will never forget how confused all of the first-year law students looked when hearing this one month into law school. (We were talking about domicile, which is essentially a person’s permanent home to which he/she has the intent of returning upon absence.) Apparently a person’s domicile could be argued when the dreaded word appeared: intent. This word carried over into other 1L courses: in Torts my professor said, “It depends,” when asked whether the defendant’s contact was unwanted (from the point of view of the plaintiff).

The shared frustration amongst my peers was obvious. I had been mentally preparing for law school all summer, but the one thing that no one told me was that there would rarely be a single answer to a question. How is that possible? As the semester progressed, we learned about statutory interpretation. And we learned that juries are often unpredictable. And that outcomes can be swayed depending on arguments presented by counsel.

So how did this impact me as a first-year student? It took a lot of practice to learn to show both sides of an issue on my exams. At first, a specific answer would jump out at me. But gradually, after digging deep into the mindset of thinking like a lawyer, I could unravel an opposing viewpoint. That was my biggest takeaway from my first year: finding two (or more) arguments to an issue with supporting law and evidence.

After my first year of law school and a summer internship as a law clerk, it is evident that good attorneys have mastered this art. Why? Because it allows you to argue in your client’s best interest while anticipating the opposing party’s argument.

Now, as I sit in my Corporations course as a 2L, it is interesting to see how many students try to use “it depends” as an answer—until the professor asks, “Why?”