Student Voices: My First Mock Trial Experience as a 2L 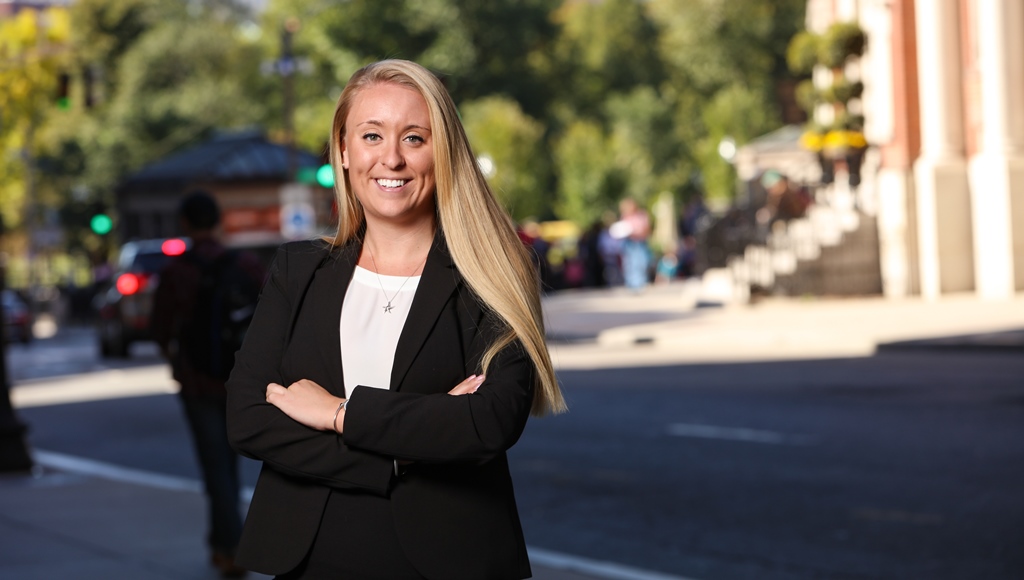 I was nervous, tempted and skeptical about signing up for the 2L Day-3L Evening Mock Trial Competition during my second year at Suffolk Law School. I thought, “I have no experience conducting an opening statement or trial practice for that matter; this could be anything but fun.”

The trial competition is held over the course of three weeks on an elimination basis culminating in a final round. The competition requires a student to compete alone and conduct an opening statement, direct and cross-examinations of witnesses and a closing argument. To prepare for the competition, the Moot Court Honor Board presents a hypothetical trial record. For my competition, the facts were about a murder case: the defendant had murdered her boyfriend; she claimed she shot him out of self-defense. Each round of the competition you alternate representing either the prosecution or the defense, which makes it both harder and more interesting for everyone who is competing.

On the night of my first round, I was nervous. But I had prepared—perhaps over prepared. As the prosecution, I was the first to give my opening statement to the jury. Once I got up and went over to the jury box, I knew that I could do this. I had practiced oral arguments in my legal writing class and was comforted by the encouragement I had received from my colleagues on the Moot Court Honor Board. Throughout the trial, I gained confidence. I objected to defense counsel’s questions and, at one point, I even got a big concession from the witness during cross-examination.

The best part of this first round was the feedback from the judges, who are all Suffolk Law alumni. The judges give students tips and advice to enhance their future rounds. Many of the alumni are trial attorneys now and participated in this competition as students.

I did not win, but I made it to the quarterfinals, which was further than I ever envisioned. I also had a lot of fun, learned new skills and furthered my interest in a career in litigation.

Meghan E. Hall, JD ’17, is an associate at Dunn Law Group in Bosotn. During her time at Suffolk Law she was Chief Competition Director of the Suffolk Journal of Trial and Appellate Advocacy, member of the Moot Court Honor Board, and the marketing team coordinator for the Women’s Law Association.