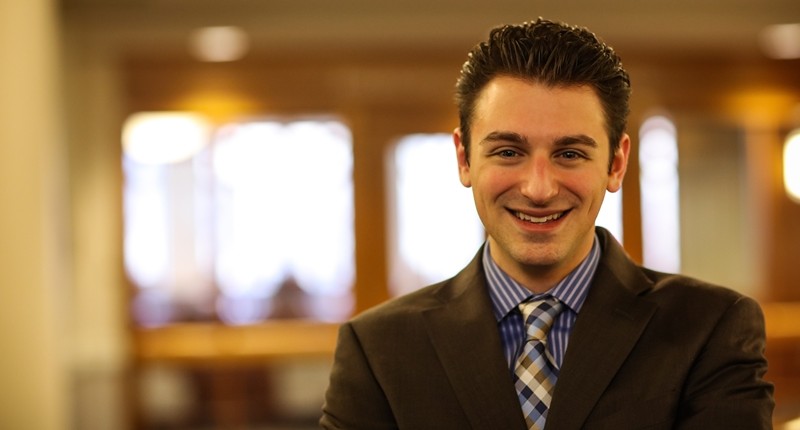 I thought law school was strictly textbooks and case briefs, until I took a January intercession course called “Coding and the Law.”

“Coding and the Law” was like no other course I had ever taken in law school. Class time was predominantly spent in the school’s computer lab, or on our personal laptops in the classroom. Professors gave hands-on demonstrations of software programs and led guided discussions about their applicability to the field of law—far from the typical law school lecture. The rest of the five-day intensive course was spent writing code, building websites, developing questionnaires, and creating document templates through small projects and assignments.

I originally decided to enroll in “Coding and the Law” because I had somewhat of an interest in the budding technologies available to the legal field. I did not, however, expect the course to operate as it ultimately did.

On day one, we learned how to use a website-building application called Pingendo, where we were first introduced to HTML. I had some familiarity HTML before but was far from comfortable with markup languages. However, through trial and error, I debugged my way to HTML competency.

Then, on days two and three we tried our hands with another computer language: QnA. We learned how to use QnA Markup and A2J Author, both of which are guided-interview applications with different interfaces but similar premises. We created virtual decision trees, where a user’s previous answer determines what the following question will be, ultimately to provide a person with the legal information they sought.

Perhaps the most legally applicable tidbit of technological innovation was my introduction to document automation. I see document automation as the way of the future for preparing legal documents and delivering legal services efficiently. Practically any document that a firm or other type of business produces frequently can be made into a template and then automated by filling in fields to generate a new document in a fraction of the amount of time it would otherwise take. By integrating document automation software like HotDocs into everyday functions of a firm, drafting a motion that would normally take an hour, can now be completed in its entirely, nearly error-free, in a span of less than five minutes. By creating model templates, a savvy employee can increase the firm’s efficiency and decrease economic waste.

These are the types of skills I intend on improving, and “Coding and the Law” is certainly a class I would regret not taking.

Harrison Lebov, JD’17, is an associate at Keches Law Group in Boston. During his time at Suffolk Law he was in the Legal Technology and Innovation concentration, a staff member on the Journal of High Technology Law, and Vice President of the Suffolk Law Intramural Basketball Association.