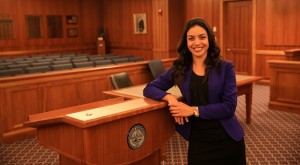 A carton of eggs.

That was my thank you gift and payment from my first client in South Africa: the daughter of a chicken breeder. Her 4-year-old son Tim was being denied citizenship in South Africa despite being born there.

I spent the summer after my second year in law school as an intern for the Legal Resource Centre  in Grahamstown, South Africa. I worked on a number of cases, including a landmark class action against the Department of Education, which required a trip to Transkei to collect affidavits that would bring furniture and toilets to mud schools where poverty is rampant.  I also assisted in a lawsuit brought on behalf of the residents of Kwa-Ndancama, where residents living in dire conditions have been waiting since 2004 for the construction of new homes.

Most memorably, I was asked to work hand-in-hand with Awande (not her real name) to obtain citizenship for her son Tim. I helped Awande fill out paperwork, sign documents, and put together an affidavit that stated her son was born in South Africa. I helped collect required documents for the Department of Home Affairs, including her passport, Tim’s father’s passport, and documents that proved they were married in South Africa. Additionally, I spoke regularly on the phone and in person with Awande. She lived in Port Elizabeth but still regularly made the 1-hour trek to the offices of the Legal Resource Centre to meet with me.

My work with Awande was successful: Tim was granted citizenship. The sound of her ecstatic voice on the other end of phone made me realize the impact I had on someone else’s life, and that is a moment I will never forget.

Priscilla Guerrero, JD’15 (evening), is the Assistant Attorney General for the District of Columbia. In addition to her South African internship, Guerrero participated in Suffolk Law’s week-long intercession course held at the University of Havana Law School in Cuba. During law school, she worked as a paralegal at the Suffolk County District Attorney’s Office in Boston.