Student Voices: Tips from a 3L to a 1L: Find a Successful 2L 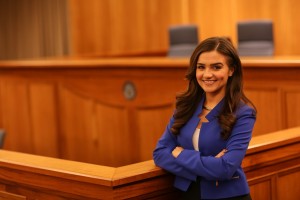 If there is one tip I could give to incoming 1Ls, it is to find a 2L at the top of his or her class, and mimic that person’s study habits. While there is no one formula to succeeding in law school, I found that those who had a successful 1L year used similar game plans.

During my first week of classes, I noticed this one student who was always in the library. She was always prepared and her professors knew her by first name. Out of curiosity, I approached her and explained how I could already tell that the study process of law school was very different than college. She reassured me that this was a correct statement, and proceeded to tell me all about her study habits—starting with explaining case briefs. Seeing one of her case briefs helped me make sure that I was actively reading the cases to prepare for class, i.e., taking notes in the margins, highlighting and making my own briefs.

From then on, I regularly made it a point to meet with her to make sure that I was on track. It was also reassuring that she shared my feelings during certain parts of the semester, e.g., she was also overwhelmed and confused about the so-called process of starting your outlines during her first year. Thus, she sent me outlines that worked for her, so I could create my own and make sure that I was learning effectively.

Luckily, I survived my first semester of law school. I attribute much of this to mimicking this student’s study schedule. She showed me first hand that, in law school, hard work is followed by academic success.