Student Voices: My Summer Internship at the Department of Homeland Security – ICE 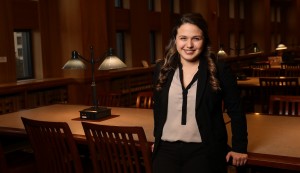 On the first day of my internship with the United States Department of Homeland Security, I was nervous but also excited for what the summer was going to bring me.

During this internship, I was assigned to Immigration and Customs Enforcement (ICE). Applying for the Homeland Security Internship during my second semester of second year was a leap of faith. I concentrated most of my law school career on criminal law and I was not as familiar with immigration law.  Immigration is such an important part of our country before, now, and in years to come that I was determined to do great and learn as much as I could while interning.

I was accepted into a 10-week program in the Miami office starting in June after my second year of law school.  My group of 10 interns had a week-long orientation.  During the orientation, we had many speakers come to speak to us about different areas of Homeland Security.  We learned how Homeland Security works, what we would be doing, what is happening in the United States currently, and what is considered to be confidential.

After orientation, I was assigned to the downtown Miami office.  We were not assigned to one specific attorney throughout the summer, which meant I was able to work with different attorneys on their cases.  Luckily, I was able to second chair on some cases with different attorneys.  Basically, as a second chair, I sat next to the attorney at the plaintiff’s table in court, helped the lead counsel find whatever he or she needed in the file, and helped the lead attorney catch on to things the witnesses were saying.  As a second chair, I learned how things really work in a trial.  Additionally, I worked on all phases of a case from beginning to end. I also did a lot of research on relevant law, drafted motions, wrote briefs, and filed any motions for attorneys on their cases (which was nice because I came out with a few writing samples).  Serving as second chair was exhilarating.

One of the most interesting cases I saw was one of national security.  I sat there and watched as the ICE attorneys argued and questioned the alien and the alien’s family.  This case was unlike anything I had ever seen and was, what I considered to be, a long trial.  I also sat on many deportation cases.  It was an interesting time to see this because the laws on immigration had just changed due to the new presidency.  All immigrants were treated equal, so essentially a murderer and an individual who forgot to file paperwork were treated the same.  That being said, sitting in on deportation cases was informative but also very somber.

Although I did a lot of work, the interns and I also went on some field trips.  My favorite field trip was to the Miami International Airport.  We learned how they search bags, what they were looking for in the bags, what they have found in luggage, and many other things.  We were then taken to the back where security sits, to view all the ways that individuals hide drugs and other prohibited items on their person and in their bags.  The tour was long but very interesting.

All in all, this internship was great.  I worked hard, learned a lot, and made great friends along the way.

Stephanie Herbello, JD’18, is Assistant State Attorney in Miami, Fla. During her time at Suffolk Law she was a student attorney in the Suffolk Defenders Clinic, Treasurer of the Women’s Law Association at Suffolk, and participated in the Moot Court Competition.