Student Voices: My Experience on the FDI Moot Team 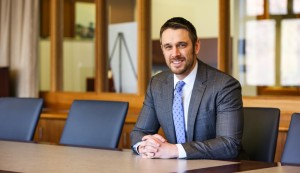 As a full-time law student, who could possibly want to add more reading, writing and preparatory work to their daily routine?  If it’s for the FDI Moot Team, I would.

The FDI Moot Team has students work on a hypothetical problem involving an investor-state dispute that is submitted to arbitration. This is a twist on traditional trial team and moot court competitions, which simulate civil or criminal litigation. FDI Moot simulates an international business dispute.

In our case, the government of a foreign state privatized and sold a state-owned brewery, then changed its laws to strongly curb the sale of alcohol.  Accordingly, the company that purchased the brewery submitted a claim of expropriation to arbitration.

The competition involved a written memorial and an oral argument.  Each member of the team was responsible for his or her written argument, which included extensive research of the law of international arbitration and commercial disputes.  On the night before the submission deadline, we sat in the library until the sun came up to perfect the memorial and submit it on time.

The team also began meeting several times a week to prepare for the argument stage of the competition.  The three members who were not currently arguing would continuously and meticulously question the presenting member.  It helped all of us refine our arguments and brought us together as a team.

The competition was held in Frankfurt, Germany, with participants from law schools all over the world.  The four-day event involved several social gatherings at which we got to know law students, professors and attorneys from a number of different countries.  As a law student, you haven’t lived until you’ve commiserated about your exams with a fellow student from Columbia, toasted a beer with students from Poland, and laughed with a group of students from Australia.

The FDI Moot Team is so much more than a simple moot court experience.  It is an opportunity to expand your legal acumen beyond the nuances of the American legal system and to create lasting friendships with individuals from all over the world.

David Bastian, JD’14, was on the FDI Moot team during his third year at Suffolk Law. He also was a Note Editor on the Journal of Trial and Appellate Advocacy where he published an article on the United States’ efforts to fight international corruption through the Foreign Corrupt Practices Act. He began his career as an appellate prosecutor and is currently a senior associate at Hogan Lovells in Boston.