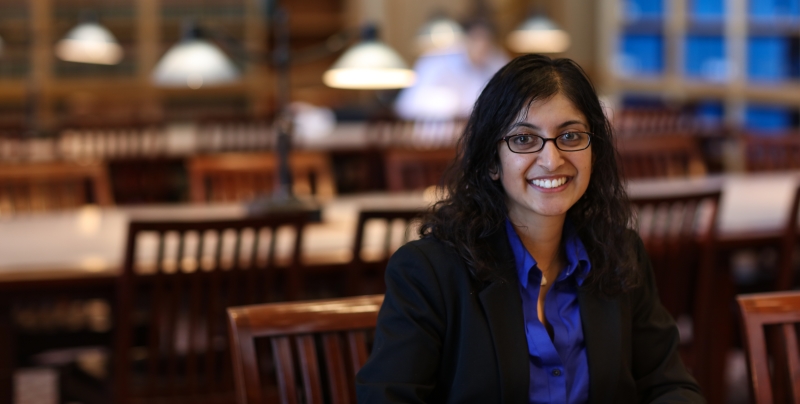 Participating in the National Health Law Moot Court team has been one of my most rewarding experiences of law school.

I tried out for the team during my second year of law school, then spent most of the year preparing for the competition in St. Louis, Missouri. For the first six weeks, our three-person team researched and wrote the appellate court brief. The issue involved a hypothetical case of workplace discrimination and disability law, which I was already interested in and really enjoyed learning more about.

To write the brief, we spent multiple Saturdays buried in employment and disability cases, writing and re-writing arguments, deciphering old statutes, and confirming proper citation form. Our brief went through many revisions, and we even re-structured the whole piece two weeks before the deadline. Submitting such an elaborate piece was nerve-wracking, but we had no time to slow down. Our competition took place five weeks later.

Then we had to prepare for oral arguments. Each moot court competition is judged partially on the written briefs, and partially on how the teams perform during oral argument. We practiced for two hours, three times a week. We memorized cases and arguments, since we wouldn’t have time to consult notes during the competition.

Additionally, alumni and practicing attorneys benched our practice rounds like the competition judges would. Our practice sessions became a great place to network and learn about the health law industry. But it also made me nervous in a whole new way.

The final week of practice was the most difficult. Concepts and cases I thought I understood were still confusing, so I had to put in extra practice to make sure I could advocate as zealously as possible.

When we arrived at Southern Illinois University for the competition, I tried not to let the other competitors phase me, focusing instead on how far my team and I had come. It was difficult, but I was pleased when I ultimately placed 17th of 71 competitors.

I was so happy to be a part of this team.

Rashi Mangalick, JD’16, is an associate at McDermott, Quilty, & Miller in Boston focusing on liquor licensing and zoning. During her time at Suffolk Law she was a member of the Journal of High Technology Law and a student attorney in the Health Law Clinic.