Student Voices: Learning to Stop Listening to Everyone Else 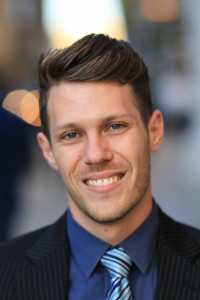 Starting my second year of law school, there is one thing I would like to push that “do-over” button for: letting other students’ behavior and attitudes dictate how I felt I was doing.

It kicks in at the end of first semester. Finals are approaching, memos are due, and internship interviews have begun. Law school is a breeding ground for competition. Every student starts to feel the pressure, and you can see it evidenced around Sargent Hall. More and more people are studying in the libraries, endlessly cramming for their first set of final exams or scrutinizing over their final memo submissions for legal writing.

And during my first year, I was in the same boat. I listened to my classmates share studying methods, compare analysis of legal doctrine, and even discuss details of their memos. And all this chatter made me stressed out more than most, or so it seemed. I second-guessed my memo writing and questioned what parts of the law I should study for my criminal law final exam.

After the criminal law exam, I got even more stressed out listening to other students talking about what they should have written on the exam. What did that student say should have been included in the explanation? Did I forget that too? Or did I? I couldn’t remember but still it festered until it almost consumed me.

And then I thought about it. The exam was over and my answer—or lack thereof—wasn’t something I could control anymore. I worked my hardest to prepare and did my best.

That was the last time I listened the other students’ chatter, before or after an exam. The next exam I made it a point to keep my earplugs in until well after the exam. That way I couldn’t hear others discuss their tests and reminisce about the mishaps they—or I—might have encountered.