Student Voices: Representing a Family Evicted For Having a Baby 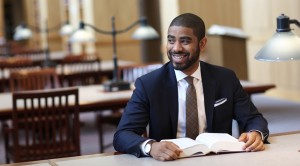 I was a month into my 3L year when I found myself in the midst of a housing discrimination claim at the Massachusetts Commission Against Discrimination.

My clients sought legal help because they were evicted after the family’s oldest daughter had a child. In Massachusetts, landlords are required to remove all lead paint if anyone in the residence is under age 6. Eviction is a common—but illegal—way for landlords to get around this duty.

The family then found themselves sprawled out across the city. They were not sleeping under the same roof together, as they did not have the money to rent another apartment and had to rely on the kindness of friends and family.

The family could not believe the landlords could evict them. A state investigator appeared to agree, finding probable cause that discrimination occurred. Up to this point, the family did not have a lawyer. But with the probable cause finding, they were ready to launch a case against the landlords.

I met our client family during the first week of school. I volunteered to take the case because it sounded interesting; but also because as a third-year student, I was eager to get started practicing law.

Having received a probable cause finding from the state investigator, our clients were required to attend a mediation conference and attempt to settle. If the case was not resolved, we would begin pre-trial discovery.

In the six weeks leading up to the mediation conference at the Massachusetts Commission Against Discrimination, we spent more than 120 hours researching the case law, doing fact-finding, and preparing our settlement proposal memorandum and exhibits. Now, we were so close to this family, and we felt personally victimized by what their landlords had done.

The mediation began with each side giving an opening statement. I remember feeling nervous while presenting. Eventually, as I began to speak, the emotion in my heart started to come out in my voice. This was our first time meeting opposing counsel, and I could tell that through our conviction and preparation he understood that we were serious.

We did not settle the case that day, but the mediator was impressed. After the conference concluded, the mediator pulled us aside. She wanted my co-counsel and I to know her perspective on the case, as it was now moving forward. She said that in her time serving on the commission, we were the most prepared attorneys that she had ever witnessed. I know that our hard work and preparation will ultimately help our clients reach a favorable resolution.

As of the time this was written, the family remains clients of the Accelerator Practice at Suffolk Law.

Gerald Glover III, JD’15, is a graduate of Suffolk University Law School with a concentration in Legal Technology and Innovation. He is a Client Experience Manager at Davis Wright Tremaine in Boston. For more information about Suffolk Law’s Accelerator to Practice program, visit suffolk.edu/accelerator.