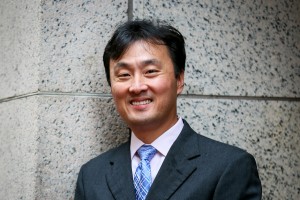 It happens in every first year law school classroom. A hand goes up and a student asks what seems like a straightforward question. Then, instead of providing an answer, the professor turns the tables and asks the student a related question (or maybe even the same one), throws out a half-dozen more, and then calls on fellow students to chime in. Confusion ensues. Eventually, the professor moves on to a new set of issues, without ever supplying a direct answer to the student’s original question.

Wouldn’t it save everyone a lot of time and reduce confusion if the professor would just cut to the chase? Why won’t the professor just answer the question?

It can certainly be frustrating to ask a question only to be left hanging, or even worse, to be made to feel like you are being challenged for asking it in the first place. But let’s think about what may really be going on.

A little part of you may suspect that the professor is throwing the question back at the student simply because the professor doesn’t know the answer. That’s possible, but unlikely. Most professors have no problem admitting that they don’t know everything, and they are good at making educated guesses when they want you to think they do. Besides, there are far easier ways for a professor to avoid a question than to use it as the basis for classroom inquiry.

A more likely explanation may be that the professor likes the student’s question because it raises a pesky issue that simply doesn’t have a clearly correct legal resolution. The professor could just say that, but simply declaring that “there is no right answer” can sound cliché and might not be so convincing. So the professor decides to use the student’s question to demonstrate the point. Granted, it may be confusing when your professor runs with the question and uses it to draw out multiple, conflicting answers from the class. All of the answers on the table may sound reasonable, and you may be left thinking that it is unclear that any one of them is the most correct. But perhaps that is precisely the thought that your professor wanted you to have.

Another situation in which professors like to question the questioner is when the professor thinks that the student has already learned the concepts and doctrines necessary to arrive at a plausible answer. Instead of feeding the class an answer, the professor chooses instead to assist the student, with guiding questions, to discover it on his or her own. When the method works as intended, it helps students to understand that they have the ability to use and apply the legal doctrines they are learning to develop reasoned conclusions to questions they might have assumed they couldn’t have answered on their own.

A famous professor who was widely considered to be a master of the Socratic Method openly admitted that “questioning students is a very inefficient way to communicate information which the instructor possesses but does not reveal.” Phillip E. Areeda, The Socratic Method, 109 Harv. L. Rev. 911, 914 (1996). So why do law professors insist on doing it, especially in the first year? Well, let me ask you a question. Is the primary purpose of a first-year law class to “communicate information?” What do you think?